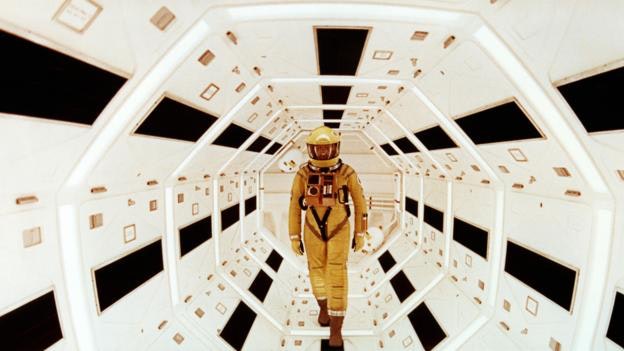 It’s the oldest cliché in dance music to say 'things aren’t as good as they used to be', and having missed the supposed halcyon days of the late 80s and early 90s, I’m always suspicious of those with rose-tinted glasses firmly donned.

I’ve done my homework on the summer of love and electro pioneers – I’ve put my favourites into this mixtape of early 90s classics and this compilation of those responsible for creating the genre – but while some tracks are timeless, a lot of the music produced back then has not aged at all well.

This preamble leads me to my own bit of nostalgia, harking back ten years to the dawn of the new millennium and a time when house music reacted to the previous few years of overblown superclub trance and underwhelming tribal/prog. Obviously music only a decade old isn’t held up with quite as much reverence as that made 20 years previous, but I’d argue many of the stand-out tracks produced in and around 2001 stand the test of time far better than the esteemed old-skool anthems; and with this blog I aim to make that case.

As I’ve already mentioned, it was a time following probably the most fertile five years in dance music’s short history. From the middle of the 90s until the end of the century we got through some genuinely seminal albums – think ‘Fat of the Land’, ‘You’ve Come a Long Way Baby’, ‘Homework’, ‘Leftism’ and at a stretch ‘Dubnobasswithmyheadman’ – the sadly forgotten genre of bigbeat created big cross-over hits, paving the way for anthemic trance and chart-bothering French filter-house - not to mention the boom in British clubbing, with superclubs, festivals and brands becoming part of the general consciousness.

After the spectacular anti-climax of the millennium, a lengthy hangover ensued, with the commercialisation of trance and house reaching new levels and several of the clubbing brands going bust. These periods are always fertile musically, as a new crop of talent emerges and established producers are forced to go back to basics and concentrate on just making great music again.

Genres were blurred and sets swung from things like the undeniably funky Timo Maas remix of Fatboy Slim’s ‘Star 69’, to the tech-trance of Mainframe – ‘Mainframe’ and on to the driving techno of ‘Belgian Resistance’ by Sharpside. It was a time when nights like Bugged Out!, Back to Basics and Fabric thrived on this backlash and desire to strip away the excess of the last few years and just focus on really good club music. I was barely old enough to get into the few clubs that were playing this kind of music at the time, but armed with a shoddy fake ID and as much facial hair as I could muster, me and a few mates would go along to long-gone Edinburgh institutions like Sublime at Wilkie House, Do This Do That at the Honeycomb, Progression at the Liquid Rooms, Dogma at Studio 24 and Serotonin at The Venue. 2001 was also my first year of festivals, following a techno-education in the Slam tent at T in the Park with a trip to Creamfields later in the summer.

I remember the Bugged Out! tent being the place to be – as it always is – with Futureshock kicking things off, Darren Emerson sounding imperious later in the day (the sound cut out for five minutes and when it kicked back in he dropped ‘Blue Monday’; the first time I’d ever heard it played out), Bugged Out stalwart Justin Robertson played it tough and chunky in the style of his brilliant Imprint compilation, X-Press 2 rinsed ‘Muzikizum’ and ‘Smoke Machine‘ and the Chemical Brothers played a deliciously dark and twisted DJ set; starting with the ubiquitous ‘It Began in Afrika‘ way before its release the next year.

Before I get too deep into reminiscence though, here are some more examples of the music that made those nights so memorable:

What seemed so prevalent at the time was the ease at which producers were churning out tracks that had both driving rhythms and solid basslines – as well as big breakdowns and memorable riffs – but without resorting to the cheese that had ruined trance’s reputation. I’m thinking of things like ‘Sputnik’ by Pete Heller’s Stylus Trouble moniker, early Timo Maas-terpiece ‘Ubik’, or X-Press 2’s mighty ‘Muzikizum’; which all sound just as fresh now as they did ten years ago.

This seemed to be the period that progressive house shed the dull, repetitive albatross around its neck and become tech house, with tracks like Futureshock’s production pinnacle ‘Sparc’, the epic Nalin & Kane vocal mix of Steve Lawler prog-plodder ‘Rise In’ and the James Holden-produced tech-trancer ‘First Light’ by Okengi Clinic.

As I’ve previously bemoaned on this blog, the word funky has been tarnished by unimaginative middle-aged men and unscrupulous record executives, but back then it was still possible to make genuinely credible house music that was full of funk. Prime examples come in the form of Fatboy Slim’s beastly remix of Mike & Charlie’s ‘I Get Live’ (and of course the aforementioned mix of ‘Star 69’), Love Tattoo’s percussion work-out ‘Drop Some Drums’ and UBU’s ‘Pixels’; the latter two featuring particularly memorable vocal samples just before the drop.

The deeper side of house was also well served, with some of my favourite summertime house music coming from that daisy age. Ashley Beedle’s beautifully sun-kissed remix of ‘Swollen’ by Bent and the King Unique mix of Baz’s ‘Believers’ are both made for outdoor parties, while the combination of Sasha and Darren Emerson on the aptly named ‘Scorchio’ was only going to end well. I haven’t even got space to mention Silicone Soul’s ‘Right On’ or ‘Free at Last’ by Simon.

Many of these make up my 8tracks mix (Spotify these days) of the year in question, but one of the main protagonists of the time – King Unique – has also put an excellent 2001 set up on his Soundcloud as well. Pete Tong released a couple of garishly packaged but credibly complied compilations at the time – Essential Mix and Twisted Beats – while Danny Tenaglia put his hand to an excellent comp for Back to Basics.

Finally, as a fitting end to this post, the early noughties provided three of the very finest end of the night selections ever. All of these bring back memories of sweaty 3am moments – often at The Arches in Glasgow – when the lights have gone up and everyone’s pleading for ‘one more tune’. Arches regular Funk D’Void has never bettered the brilliance of ‘Diabla’, likewise Sander Kleinenberg with early production gem ‘My Lexicon’ – previously heard on the precursor to all this wonderful music; Sasha’s seminal Global Underground Ibiza – and not forgetting the most beautiful thing to come out of Detroit; ‘Inspiration’ by the legendary Underground Resistance.