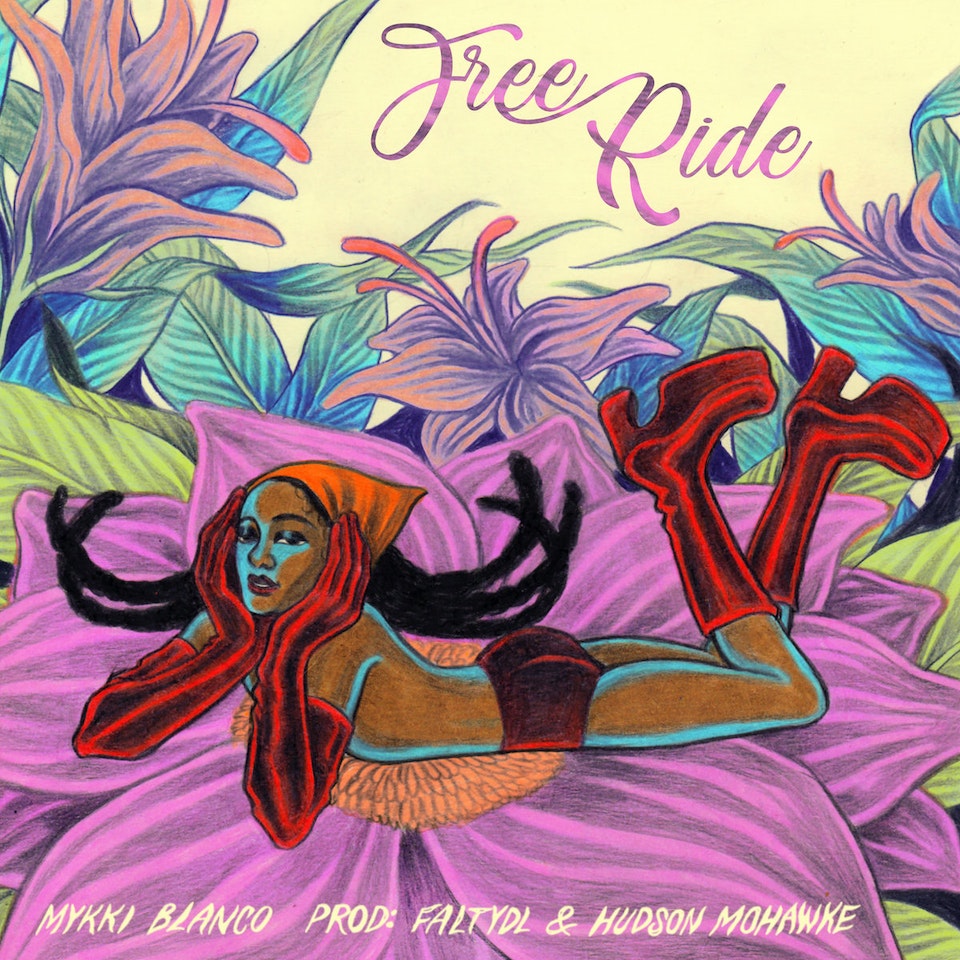 After stretching to three end-of-year lists in 2020, this time round I'm opting to contract somewhat, rolling all my recommendations into this mega-post.

While there was certainly some noteworthy telly during the last 12 months - I thoroughly enjoyed Succession, Get Back, Vigil, Reservation Dogs, Can't Get You Out of My Head, Back to Life, What If?, Time and Squid Game - I'm not sure there's enough for a full waffle. Likewise, I'd struggle to wang on about more than about five full-length albums.

Having said that, I hope you'll allow a bit of an LP pre-amble to the singles list, because there were some excellent records that the following tracks were culled from.

First of all, fair play to Weegie rockers Mogwai for bagging a number one with their latest As The Love Continues. Flying under the radar a bit more, but equally enjoyable, were Mano Le Tough's weird and wonderful At The Moment and Public Service Broadcasting's latest mood music offering Bright Magic.

Perhaps the most jubilant from start to finish was Jungle's Loving In Stereo - arguably their most complete record yet?

A late bandwagon jump on the piano riff jungle revival of recent years, but as I've said before, I'm an absolute sucker for such things, so even one as blatant as this has wormed its way into my head to warrant a mention.

I'm glad these Anglo-French avant pop oddballs are still going, and not only that, producing such gloriously slinky sounds.

47. Kaytranada and Thundercat - Be Careful

The dream team are back together. Crisp beats and that angelic voice combine again for a sultry cut from the new EP.

Another high-energy pumper from the increasingly consistent Ninja Tune signing.

45. Weval - Changed for the Better

Another interesting release from the Dutch duo; slinks along very pleasantly.

While I usually have a distinct aversion to dominant 303 squiggles, this ravey remix has just the right pH balance of old school acidity.

The final chapter in the ReGraded story culminates with this characteristically loopy disco number, which has been cropping up in Midland's sets for the last few years.

What an intro, what a track; what a video. Big, bold, beautiful stuff from this impressive young lady.

Another enjoyable collaboration from Travis Stewart, this time playing around with Angelica Bess' vocals over a characteristically choppy beat and soulful melody.

The brilliant producer and composer remixes his own theme tune from the HBO/BBC series of the same name.

Fair play to all those lo-fi house producers with the silly names for sticking around and continuing to make great music.

The enigmatic South Yorkshire techno producer's stuff is usually a bit too austere and industrial for my tastes, but this new one has a lot more swing and soul to it.

Much like my number one, this song was on heavy radio rotation when I was doing a bit of commuting earlier in the year, and it really got into my head. The relatable spoken word lyrics, choral chorus line and swing between life affirming and bleak reality made for a memorable number.

My favourite off the band's surprisingly chart-topping 10th album.

Clearly I listen to enough of their older stuff on Spotify that the algorithm feeds me Lavelle's newer works in it's Release Radar. Thankfully he seems to have snapped out of an indie phase and back into the more soul/funk/trip-hoppy stuff that made his name.

Numbers alumni Tom Calvert has come up with his best work to date - IMO - on this year's album Finally We're Alone - this being a good example if you're considering diving in.

The OG doing what he does best over some soulful, brassy production.

Something completely different from the talented Irish producer and DJ, but then if you can't play out for a year or so, why not try your hand at off-beat pop music?

The most loquacious rapper shacks back up with the most consistent boom bap producer - and the results are predictably satisfying for a fan of both.

First and foremost, RIP SOPHIE, electronic music lost a true original there. The fact this illusive pair wanted to rework one of her numbers tells you all you need to know really.

A smoooooooth R&B reimagining of the Grammy-winning US no.1 hit.

I've swung back and forth on this one, as essentially it sounds a bit like one of those cheesy-but-uplifting tunes I'd hear in the back of an Uber when we still shuttled about London to and from nights out. Depending on my mood, that's either slightly annoying, or quite a pleasant reminiscence.

Much like his high-scoring single with Bonobo a few years ago, this is just a lovely, looping bit of soothing electronica.

The title track from a hugely enjoyable album, this is the best example of the musical magpie techniques of the Chicagoan DJ. Recorded in their New Hampshire log cabin with partner Octo Octa, it's a delightful mash-up of enduring rave tropes.

Leon Michels' merry band of players have produced another beauty with their second album in as many years; Yeti Season. Hard to choose a favourite, but this one is a great demonstration of what they do best if you're new to the group.

A warm, synth laden little breakbeat gem this one.

Much like the track above it, this find was down to the selection skills of Shawn Reynaldo and his weekly newsletter. So I'll let him do the explanation: "The first track on a forthcoming new EP for LuckyMe, it’s a brightly colored gem with a bopping bassline, a ’90s pop-dance feel and a dreamy sense of wonder."

I know very little about this chap and his music, but if it's all like this, then I'm willing to call myself a big fan.

First heard Marea play this on her radio show, while cruising through the capital at dusk, and it just sounded perfect

Another year, another sterling Lauer production on the list. This time it's a glorious remix, dripping with his trademark analogue sleaze. Not worth a separate entry, but deserving of a mention here - Lauer's City Galerie 2 was similarly superb.

Something a bit different from Matt Cutler on the new album, but this is every bit as blissful as anything more upfront he's ever done.

At nearly 80, it's a joy that Paul is still going with such gusto, when he'd be perfectly entitled to a quiet retirement. This was my favourite from the brilliant Reimagined album - superb video too.

You can disagree with some of her recent career choices, but fair play to the young lady for such a meteoric trajectory. This sounds like an update of Why by Carly Simon, but with that being such a club favourite; why not?

I'll be honest, I don't know much about The Knocks, but in waiting patiently for new material from MGMT, I stumbled across this remix by one half of the band Andrew VanWyngarden under an alias. Hard to categorise it, but much like some of their best stuff, it sounds a bit like pop music warped through an audio kaleidoscope.

11. The Chemical Brothers - The Darkness That You Fear

One of the most consistent constants in dance music, almost 30 years into their career, the brothers are still making superlative songs, commissioning great music videos and playing live to rapturous audiences. Bravo lads; never stop.

Not quite as prolific, but similarly consistent with the quality control, as those directly above him. Fragments appears to be another fine LP and these are a couple of my favourite cuts from it.

Yet another interesting tangent on Paul Rose's career arc, this time dabbling in slightly off-kilter synth-pop.

One of the highlight's of Jayda G's DJ-Kicks mix, this - much like the Octo Octa track below - is a glorious cut and paste of the best bits of those that came before. That initial synth wash for instance sounds just like the main melody from Justus Kohncke's Yacht.

Clearly Madlib and Four Tet was the collab we never knew we needed.

Absolute belter of a remix, sounds like something that could have come out anytime in the last 30 years - as at home on a Twitch stream as it would be on a pirate radio cassette.

Given that Saku came out last November, it went on the 2020 list, and is probably my favourite off the 2021 album. But this comes a close second - really need to get round to seeing their much-exalted live show soon.

They've done it again. Another fine album, with several great tunes to choose from.

Yet another dance floor weapon from Maya Bouldry-Morrison, this one has several samples plundered from dance music past that are pleasingly on the tip of my ear. Long-live the breakbeat revival.

Not sure I've ever included 'comedy' songs on these lists before, but then Insides was far more than just a comedy special. I'm pretty certain there are very few items of coronavirus-inspired art I'm going to want to engage with in years to come, but many of the bits from this weird and wonderful show will stick with me for a long time.

I feel like making genuinely great pop music is significantly harder that pulling off most other feats of songwriting and production. So when somebody nails it completely, I've got to Stan.

When we moved into our new place in April, we didn't have broadband for the first month or so, which meant me driving back and forth to my parents' place every workday, which in turn meant I listened to a lot of 6Music. More than once Shaun Keaveny would stick this song on as I was coming home - causing me to nod and sing along with the windows down and the system up.

Apparently the song started in Spring of 2018 when Mykki had just ended his first long-term relationship - hence 'what I wouldn’t do for love' - but wasn't on until FaltyDL and Hudson Mohawke got their hands on it during the summer of 2020 that it evolved into the tight, head-bopper we now enjoy.

It's just such a joyous ensemble - solid beat, catchy melody, entertaining lyrics and a soaring chorus - that I still love it all these months later.

All these and many more are lovingly sequenced into a playlist for your listening delight.