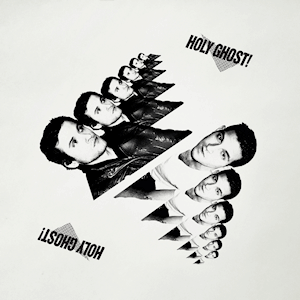 Late December; a time of year when most people are worrying about Christmas presents, where to go out for New Years and what needs to be done at work before the holidays.

For music obsessives though, it’s a time of critical re-appraisal, meticulous collation and last-minute arbitrary comparisons; the dreaded end of year lists.

While it may take up a disproportionate amount of my free time, they’re something I really enjoy doing, even though my rigorously compiled countdowns will probably only ever read by a handful of people.

So without further a do, here’s the first ‘best of the year’ listicle - all my favourite albums of 2011:

A realtively late entrant, tipped off by my friend Michael, this is my favourite of the slew of post-dubstep, Burial-esque records that were doing the round in 2011. I really enjoyed stuff from the likes of Machinedrum, Drumman and Mount Kimbie this year, but Jamie Teasdale’s debut solo album was definitely the most consistently pleasing of the bunch.

What a nice surprise that Anticon mainstay Alias has moved on from the stagnating world of boom-bap hip hop and tried something new. At first glance the updated sound could be accused of bandwagon jumping, following the success of fellow west coaster Flying Lotus into the more electronic side of things, but ‘Fever Dream’ manages to carve out its own style of psychedelic percussion and sparse synth patterns.

The hype that engulfed the release of Rustie’s debut album threatened to overshadow the far better EP from fellow weegie HudMo. While they share a similarly ‘maximal‘ electro sound, ‘Satin Panthers’ is exuberant and day-glo without the all screechy, nose-bleed nonsense that ruins ‘Glass Swords’.

A great tip from my workmate Hugh and easily my favourite hip hop album of 2011, in another pretty average year for the genre. The obvious things to say about it are that he sounds rather like GhostFace Killah and has a penchant for rapping about culinary delights, but more than that this record is backed by fine production and the unashamedly golden-age style that I’m a sucker for.

I almost feel a bit guilty listing a record that came out in December, but fuck it, I really like The Black Keys. In a year when one of the last bastions of proper, bluesy American rock ‘n’ roll – The White Stripes – quit the game, it’s good to have these guys around making such great records and in such quick succession.

The duo’s best album to date sees them pull off even bigger and better collaborations than on previous outings, dominating so many different genres with their inimitable style and skill. They really are the masters of a myriad of styles, moving expertly from bass-shuddering hip hop to icy German techno with ease.

Both DJ Shadow and trip-hop companion RJD2 took to a more organic, acoustic sound with their releases this year, but while Shadow’s new album was another crushing disappointment, RJD2’s hook up with Aaron Livingston bore delicious fruit. Not necessarily an album that jumps out and grabs you, but as with the best of his cannon, ‘The Abandoned Lullaby’ is just a really pleasing, soulful listen from start to finish.

Pretty much the defining album of the nu-disco scene, this LP was perhaps released a year or so too late, but still acts as a glorious artefact of the transient genre. It’s simple stuff, but done really well; no better demonstrated than on one of my favourites of 2010, ‘Gin Nation’.

Bit of a funny one this, as in typically ostentatious style the track-suited Norwegians released their latest album on a USB stick, along with videos, photos and a multitude of bonus tracks. Oddly it didn’t receive a great deal of press, but I happened upon its tracks – which appear to be named after film directors and composers of note – and was instantly caught up.

While Gui’s third album isn’t exactly a groundbreaking leap forward in terms of style, it’s still one of the best collections of dance music this year. He’s managed to carve himsefl out a nice niche in big, deep techy house belters and I applaud him for that; all he needs to do now is get himself back over here so I can thank him via the medium of dance.

Oddly enough I didn’t actually go see the film when it was out earlier in the year, but given my fandom of the Brothers I did pick up the soundtrack. Even without the visual accompaniment this is a fine piece of work, with tracks like ‘Hanna’s Theme’, ‘Container Park’ and ‘Escape 700’ capable of being standalone tracks on any Chems album. When I finally did see the film though, it all fell into place so well that my appreciation – and subsequent chart position – soared.

I’ve been pining for another album from Luke Vibert’s Wagon Christ alter ego since 2004, and thankfully ‘Toomorrow’ didn’t disappoint. It picks up from where he left off on ‘Sorry I Make You Lush’ while also taking things a little bit deeper and darker, ploughing a funky furrow through old skool electro with classic samples galore.

Just like nothing can beat the warm, rich sound of vinyl, the same can be said for the use of analogue synthesisers. Seth Haley’s avid collecting, and more importantly, skilled use, of the old melody makers is demonstrated beautifully on his debut album, which for me is the far and away best of the various retro-plundering releases this year.

As Resident Advisor commented, what happens when a dubstep producer releases a record on a hip hop label? House music of course. This album represents the pinnacle of this year’s confluence between the genres, distilling the best bits of bassline, dubstep, house and rave music into some of the year’s most definitive tracks.

Five years after the distinctly average ‘First Impressions of Earth’, The Strokes appear to have finally moved on. Their garage band aesthetic is still at the heart of this album, but they’ve also sought inspiration elsewhere and tracks like ‘Machu Picchu’ and ‘Two Kinds of Happiness’ are symptomatic of this return to form.

Tracks like ‘High Together’ and ‘Nights Off’ had been firm favourites of mine for a couple of years, so when I saw the reclusive German was bringing out a full length release I had high expectations. Thankfully the filler in-between these classics was well worth the wait. Listen up Boys Noize, Tiga, Felix and co. THIS is how you do electro.

I have to admit that this one caught me by surprise towards the end of the year, but has been on heavy rotation ever since. After taking an instant disliking to their first album and watching 15 shambolic, noisy minutes of them at Glastonbury in 2007, I ignored the band until the weight of positive reviews forced me back. I’m glad I gave them a second chance, because ‘Skying’ is a delight, distilling their fine music taste into songs that recall the highlights of the last 30 years of great British music.

Overlooked by most of my favourite music news and review sites, it was instead my mate Barry who put me on to the latest record from the master of organic tech-house. It scores so highly because it is that rarest of things within dance music, an LP that keeps your attention the whole way through. There really isn’t a bad track on it.

Picking up where ‘In Rainbows’ left off, and harking back to the best of ‘Kid A’s electronic experiments, this album saw the band push further into the world of dance music and consequently away from indie rock; to the obvious dismay of many fans. But between the inspired originals and the consistent drip feed of interesting remixes from my favourite underground producers via ‘TKOL RMX 1234567’, I’d say Britain’s best modern band have never been more relevant.

I haven’t seen this show up in any other best of the year lists, and I’m not sure if that makes me deeply uncool or out there on the cutting edge, but regardless of my standing, this is the one album I came back to the most. I reckon this is how all pop music should be: catchy, disco-tinged, soulful and brimming with happiness.

I decided to just list the twenty albums that I really enjoyed all the way through, but there were of course many that had a lot going for them, just maybe not quite enough consistency of quality all the way through. Here’s a wee list of some of those that didn’t quite make it but are worthy of a mention:

Not forgetting the best compilations and mix CDs of the year: