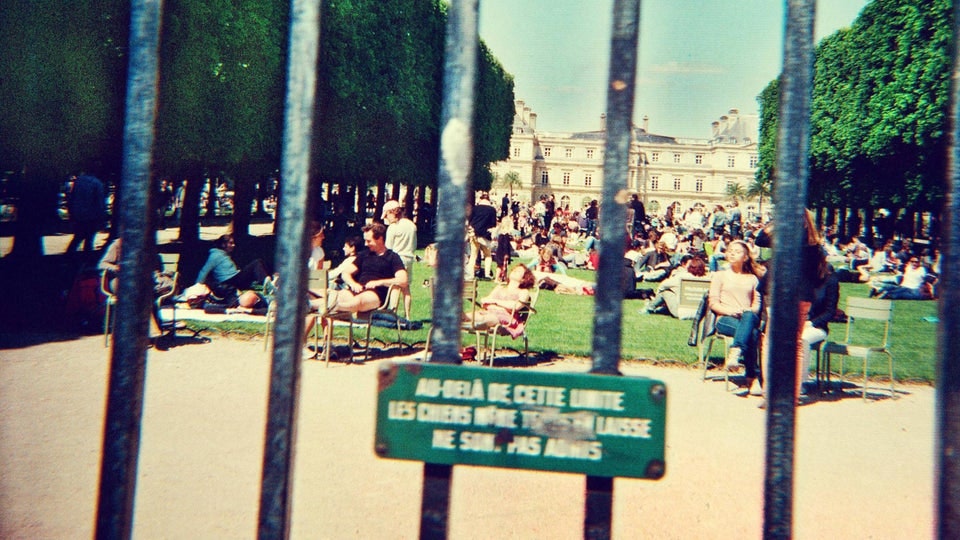 Next up, my favourite albums of the year:

As I found out when I talked to him earlier in the year, this album was inspired by San’s re-kindled love for the vintage SP-1200 sampler, the simplicity of old blues music and the strains hectic touring schedule. Whilst it does get a bit samey after a while, as concept albums go it’s really rather listenable. Plus, the CD inlay can actually be used to make a hand-powered record player.

A late entry to my list, I took an RA recommendation and stuck it on my music machine to accompany my commute. It’s been there ever since, as the Whomadewho drummer’s lively solo debut kept me happy during the increasingly miserable autumn and winter months.

18. Kindness – World You Need a Change of Mind

As the album cover would suggest, Adam Bainbridge is a bit of a hipster. This, however, does not preclude him from making some very fun and funky pop music. Having Philippe Zdar twiddling the knobs also helped give tracks like SEOD and Cyan the kick they needed to keep them in my playlists all year.

SMD’s third album was mercifully more accessible than the pounding Delicatessen adventure and thankfully not as star-studded as Temporary Pleasure. Instead it was an impeccably produced voyage through the best of modern house and techno.

I was a bit miffed when the White Stripes broke up last year, as I hadn’t managed to see them in their pomp, so Jack’s triumphant solo return was very welcome news. Having secured free tickets to seem him in September via the iTunes Festival, I was denied again as it clashed with Bestival, so I had to make do with this album. More of the same really, but then that’s no bad thing when you’re one of the finest guitarists of the 21st century.

Inspired by the death of frontman Dave Okumu’s mother, interspersed with recordings from the funeral, and delayed by his on-stage electrocution in Lagos; Rispah was always going to be an interesting record. With Richard File on production duties it turned out to be a fantastic evolution of the most promising aspects of their eponymous 2009 debut.

One of the last bastions of decent UK hip hop, Format stuck to his winning formula and created lots of great tracks for an exemplary collection of rappers to spit over. Shame Yoda couldn’t manage to do the same with his sophomore effort later in the year.

Unlike the musical body swerve that was Six Cups of Rebel, Hans-Peter’s second release of 2012 was a return to what he does best. With Terje on co-production, this was only ever going to be a slew of analogue-crafted, italo-disco dance-a-thons.

After a bit of a roundtable with some friends, we decided that the raw power of the first four tracks more than makes up for a downward trajectory that follows. I’ve never been a massive fan of Mr Meline’s rapping, but his beat-making is pretty much peerless these days.

A beacon of light in a pretty dark and depressing year for Ed Banger. Everyone’s favourite Frenchman proves that he can still make big room techno to rival anyone in the game.

09. Flying Lotus – Until the Quiet Comes

Much like Daphni’s 'Jialong', is essentially a collection of production work that proved popular when played out over the last 12-18 months. So while the sequencing might not work as seamlessly as some of the other electronic albums on the list, there are more than enough great tunes to bag it a spot in the top 10.

Made entirely using the semi-modular ARP 2600 synth – hence the title – this EP of course contains my favourite track of the year in ‘Inspector Norse’; so deserves to rank pretty highly. The other three songs are equally well crafted and surely now confirm Terje as the master of the pervasive Balearic disco sound.

The Spaniard’s debut LP rightly came in for a lot of praise, and from both the dance mags and broadsheets alike, as it managed to be that most elusive of things; an electronic LP that sounds just as good on a lazy afternoon as it does at the house party that preceded it.

When I spoke to the Kompakt boss earlier in the year, he told me this about the album: “I listen to so many different types of music, for instance I’ve been collecting weird folk music recordings. I wouldn’t say that’s really audible in the album, but it’s more like a therapy for myself to broaden my mind and not get stuck with something.” True to his word, it’s a diverse mix of the sounds that have influenced his label, DJ sets and other production work over the years.

Between seeing them at Bestival and sticking them on the stereo whenever the sun came out, these likeable Edinburgh lads effectively soundtracked my summer. A fine debut that should have won them the Mercury prize.

It was apparent from Caribou’s Swim that Dan Snaith had a talent for electronic music, but I don’t think anyone expected his dancefloor-focused Daphni moniker to produce quite such powerful house and techno. Tracks like ‘Ye Ye’, ‘Ahora’ and ‘Yes, I Know’ were ubiquitous in clubs this year, and for good reason; they’re absolute bombs.

I’m not alone in putting this album atop an end of year list, but when you think about it, the fact a ramshackle bunch of indie hipsters from South West Australia have achieved such widespread acclaim is quite an achievement. Building on the promise of their debut, Lonerism obviously owes a debt to 60s psychedelic rock, but always had the quality to raise it above a simple pastiche.

Finally, my top 20 compilations/mixes of the year with links where available: