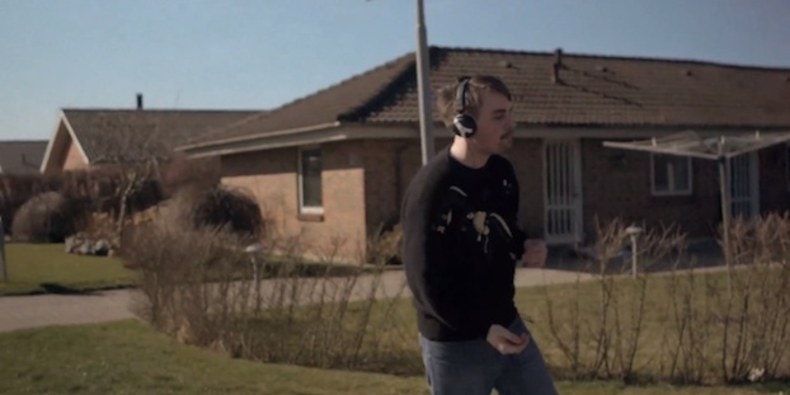 A nice tip from Erol Alkan’s 6Mix show, this is a messy little indie/electro cross-over with a lot of charm.

Kathrin deBoer’s gorgeous voice is the key to this song, the remix just gives it that little bit extra.

Once the nippy noise in the first minute subsides, this reveals itself as a really classy house track from arguably New Zealand’s finest dance producer.

As much as I enjoyed Format’s vocal collaborations on ‘Statement of Intent’, it was this instrumental sample jam that I kept on coming back to.

An exclusive from Photek’s patchy DJ-Kicks mix earlier in the year, this showed the vetran producer’s still got some chops.

Ubiquitous with the trendies this year, it pains me to say this is a very well-crafted piece of music.

If only more hip hop could sound like this, and more rappers could look like him. Doing it for cool Canadian’s everywhere.

Constantly sounding like Janet Jackson’s going to chime in with a sassy vocal, this is first class funk for the 21st century.

The original was crying out for a remix and thankfully big Jim does the business, beefing up the machine-drums and taking full advantage of that piercing synth line when the break finally comes.

When you remove the whack-ness of Lil B and ASAP Rocky’s rapping from Clam’s Casino’s production work you’re left with some of the most weird and wonderful instrumental hip hop I’ve heard since MF Doom’s last foray.

It’s been a brilliant year for the vinyl-only Tusk Wax label, and for me, this cut from the promising Northern Irish producer is the best of the current cannon.

Terje’s midas touch is all over this driving disco track.

Teaming up with Rob Sonic, this is exactly the kind of angry spitting and powerful production we’ve come to expect from Aesop Rock.

Not the first man I’d expect to turn in a sterling remix, but the hirsute Columbia co-president does a fine job of beefing up the lacklustre original.

Tracks like this, ‘Good Kid’ and ‘The Art of Peer Pressure’ nearly put Lamar’s album into my other list, but for me, these flashes of brilliance were too few and far between. Still, I couldn’t get this Dre beat out of my head for weeks.

The high point of a distinctly average return.

With Radiohead not releasing this year, Dave Okumu’s band is the next best thing; this track being a prime example.

It’s hard to pick a favourite from such a lovely liquid album, but the electronic noises all over this track really pull me in; sounds more Aphex Twin than Flying Lotus.

A game of two halves: the first couple of minutes is all delicate drums, synth washes and Alexis Taylor’s falsetto vocals, then it kicks on into the kind of wonky house that Hebden’s been smashing dancefloors with for the last few years.

When he’s not busy being a manky bastard, Danny Brown’s actually a pretty good rapper; as evidenced here in this breezy ode to school days.

The best of Avery’s many remixes this year, turning Jokers of the Scene’s basic banger into a driving, Weatherall-esque indie-acid monster; with a breakdown to die for.

Unashamedly old school synth work from the new master of the genre.

Jack doing what he does best: skuzzy blues guitar, simple drums, distinctive vocals and not much else.

The extended edit trend seemed to generally peter out this year, apart from a few notable exceptions, like this glorious rework of Cerrone’s 1981 hit ‘Hooked On You’.

Probably the most over-hyped record of the year did contain some genuinely good tracks; this restrained R&B review of LA’s spoilt brats was the pick of the bunch for me.

The hottest cut from his second Mixed Fortunes release, ‘Mover’ signalled the London stalwart’s move from DJ to DJ/Producer.

I was priviledged to hear Michael Mayer end his set with ‘Time’ at Kapital in Edinburgh and with dreamy synths, a relevant refrain and 15 minute duration; it sounded like pretty much the perfect one last tune.

21. Matthew Dear – Ahead of Myself

I didn’t think that much of the overall album, but this is a complete gem; imagine TV on the Radio crossed with Boards of Canada.

Unpatterns was a pretty good album, but if you didn’t find the bonus tracks you would have missed out on their finest work of 2012; Supermoon sounds like the best acid house track Orbtial never wrote.

Trust Erol to have the crucial tweaks to turn Adam Bainbridge’s hipster noodlings into a rollicking funk-fest.

There seemed to be an awful lot of garage-inspired bassy house music doing the rounds this year, but for my money the only guy getting the sound right was Justin Martin.

It seems as though every year there’s at least one Carl Craig remix in my lists. This Chicago house-infused monster is well worth its place in the top 20.

The magnificently-titled Mantasy contained many a fine track, but this atmospheric slow-burner was my favourite.

More sterling production work from one of my favourite breakthrough artists of last year.

The rookie of the year waited until the last couple of months to drop his biggest production bomb yet; a heady blend of old jungle-y breaks and acidic industrial synths.

The rest of the album was a bit pish, but this was a divine slice of Warp-o-tronica.

Who’d have guessed the best bass drop of 2012 would come from a bunch of fey indie Englishmen?

While Hot Chip’s latest album was a bit of a mess, this side project was much more consistent; full of cheery little ditty’s like this.

I desperately wanted to hear this while relaxing with a cool cerveza at an outside cafe in Barcelona this summer, but alas it wasn’t to be. Delightful downtempo deepness from one of the year’s break-through artists.

While not the first indie band to successfully incorporate dance music traits, these bright young Scots managed to do it without sounding too try hard.

A glorious slab of sun-kissed psychedelia, this makes me want to jack it all in an become a beach bum in Perth (Australia that is).

I’m a sucker for a good indie remix, and this is about as good as they come; my favourite just-before-you-leave-the-house-on-a-night-out track of the year.

04. Laurent Garnier – Jacques in the Box / Our Futur

A woefully underappreciated return to form from possibly my favourite DJ going; an integral part of his LBS live sessions and the best thing on Ed Banger all year.

Technically this was released last year, but it was too late for my 2011 lists and still sounds just as good 12 months later; how all pop music should be.

Simply the most joyous record made in 2012 and pretty much the pinnacle of the nu-cosmic-disco sound; here’s hoping all the pretenders will give up now and we can move on.