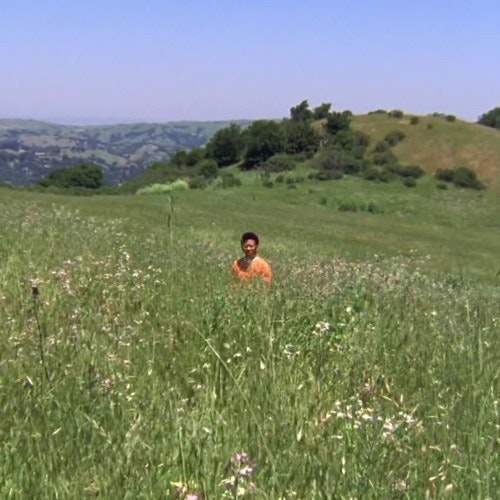 It’s almost the end of another year, so that means it’s time for best of lists. We begin with my Top 50 favourite tracks of 2013, with the albums following tomorrow.

Please let me know if there are any glaring omissions, or if you just want to debate my choices.

This first release off their long awaited fourth album sounded very promising; shame the rest of it went off the deep end.

I was really hoping that I would have heard this played through a club soundsystem by now, but I suppose I’ll have to make do with cranking up the volume on my wee living room speakers to get the most out of THAT bassline.

There had to be at least one Innervisions release and Dixon production onto the list, if only as thanks for the couple of imperious DJ sets I witnessed from him this year. This remix is a pretty good encapsulation of what makes the man so good live: chugging bass, pretty melodies, nice vocal elements and luxurious breakdowns.

The first of three Paul Woolford creations on my list, this time in his old school acid Special Request guise. I’m a sucker for 90s jungle sounds, which this has, but brought bang up to date with some precision production and modern touches.

These guys broke through on Anticon with a fine debut album earlier in the year, and for the uninitiated this is a good introduction and encapsulation; a heady mix of Edinburgh accents and African chanting over crisp alt-hip hop beats.

I wasn’t as enamored as some with Kieran Hebden’s latest release, Kool FM, but this gentle little looping oddity did take my fancy.

A fantastic combination of two really interesting artists, both of whom take very unique approaches to making music. The result is a dark, swirling storm of jittery drums and droning synths.

The first time I heard this was along with the superb video at one of Adam Buxton’s BUG events. I’ve never been a huge fan of the band, but the new stripped back sound and Alex Turner’s typically clever lyrics really hit me.

My favourite track off Dan’s brilliant debut album is still Water Jump, but given I stuck that in last year’s list, I’ll instead plump for this fittingly powerful last track.

This is one of a few tracks on the list that exude a subtle euphoria, fitting for both hands in the air at a festival or snuggled up on an after party beanbag.

I wasn’t a massive fan of their new record, but this track demonstrates that Nic Offer and his posse still have the capacity to make great party jams.

One of several great tracks this year that heavily references old school piano house, this one with a rolling amen break thrown in, seemingly just to tempt me into some silly dancing.

I secretly wanted the new Daft Punk record to sound more like this. The bit when it sounds like the old cricket coverage theme tune is especially good.

No one else these days does proper manly rock’n’roll like Josh Homme and his merry men. This being probably the pick of the new album tracks.

35. Tom Trago and Steffi – Two Together

To be fair, there’s not a lot too this one, but what it does do, it does very well. Textbook catchy, loopy house music.

I always though Nic Jaar was a bit pretentious, so it makes sense that his collaboration with multi-instrumentalist Dave Harrington sounds a lot like Pink Floyd. To be fair though, cuts like this from Psychic really are quite spectacular.

I’ll be honest, I wasn’t blown away by Bowie’s new album, but this epic reinterpretation from the now footloose and fancy free DFA boss definitely deserves a place on the list.

I’m not even going to try and categorise this one, just more leftfield electronic excellence from a highly underrated producer.

While their second album didn’t quite live up to the high bar they’d set, this extended instrumental proves Nick and Alex still have some magic in their bag.

The old hats collaborate with the young guns to produce one of the year’s most propulsive pieces of techno.

So simple, yet so effective. I can actually verify that this was one of the biggest tunes in Ibiza this summer, having heard it devastate dancefloors at both Space and DC-10.

Given the now ludicrous wait for their second album, the worry is that anything they produce is going to be a huge anticlimax, but at least this cheeky remix gives us some hope for a miraculous return to Since I Left You form.

If it ain’t broke, don’t fix it. This year’s slice of Skandisco wasn’t quite as concise as Inspector Norse, but when that piano line finally hits, you can’t not get up on the floor.

Long branded a cerebral and serious rapper, tracks like this off his latest album keep the clever lyrics but benefitted from solid beats and catchy hooks.

Short but sweet, this album track stuck in my head all year. Despite it’s maddening length, once it finally breaks, the last minute is just wonderful.

For their fourth album Cut Copy liberally plundered the baggy Manchester acid house scene; but when the results are this good, I think they can be forgiven.

Another year, another sterling Erol remix in the Top 50. A warm, cozy blanket of a track; perfect end of the night fodder.

Disclosure are clearly a couple of talented young lads, but it took the old master’s hand to turn this track into something worthy of the list.

Ignoring all the hype and discounting the brilliant but of course overplayed Get Lucky, the robot’s new album did have some overlooked gems on it. Motherboard sound like their attempt to replicate the other Gallic duo Air, while Contact should be every astronaut’s launch theme tune.

As much as Anders doesn’t want to talk genre-bending these days, he’s still the master of it, with this track displaying the best of his newer scuzzy rock stuff and his older Nordic techno stuff.

Tom Vek and Olga Bell from The Dirty Projectors’ new collaboration sounds very promising on this early evidence. If only more pop music could be like this.

The combination of Modeselektor’s obscene low-end drum patterns and Apparat’s classy electro sheen is what makes Moderat so good. The lead single from their second LP demonstrated both brilliantly.

The triumphant return of everyone’s favourite Canadian indie weirdos brought with it some great songs; this big filthy power ballad was my pick of the bunch.

Deep house has been misrepresented terribly this year, but it’s nice to hear that people are still making the kind of warm, soulful, melodic house music that one used to associated with the genre.

They really should have released this song/album at the start of the summer, because it’s got that wonderful carefree feeling to it. Instead it’s cheered me up no end as the cruel winter envelops our little island.

Mercifully the dub mix contains barely any Lana warbling at all, and is instead a big, brazen ode to the breakbeat of yore. Just the right side of cheesy, this is what you want on before you leave the house for a night out.

The new album was a bit so-so, but this venture into the UK R&B/dub-steppy side of things was just lovely. Cut up vocals, soaring synths and a drums to die for.

Basic 90s house was plundered relentlessly this year by lazy producers, but one man who got his homage spot on was Ejeca. Together has pretty much all the elements that melt me on a dancefloor; a big piano riff, a breakbeat breakdown and a driving bassline to follow. Lovely job.

Ernest Green really has a knack for hazy, happy indie electronica; as ably evidenced by this gorgeous song.

9. Illogic and Blockhead – Live From the Horizon (RJD2 Remix)

Both the original artists and the remixer produced fine albums in 2013, but arguably their best work was together on this track. A heavy beat and Doctor Who-style synths turn this into so much more than the sum of its parts.

Last year it was Tame Impala, this year PVT were the Aussie band coming of age. Hard to choose between these two stunning electronica-infused indie masterpieces.

Along with his west coast brethren Toro Y Moi, Thundercat was blazing the intelligent R&B trail this year. This was easily the finest cut off his album though, I still can’t get enough of those irresistible chords.

It took me a few listens to really get into Vapor City, but the first time I heard the album this track grabbed me, and has been the go-to music for hungover Sunday afternoons ever since.

I would have missed this completely had it not been for my mate Barry’s recommendation. Debut album Confession is brilliant throughout, but this track in particular has made me dance around my living room more times than anything else this year; incendiary stuff.

I have a love/hate relationship with Bibio, when he’s good he’s great, when he’s bad he’s almost un-listenable. Thankfully, Silver Wilkinson contained mostly the former; these two being a couple of prime examples.

3. Foals – My Number OR Inhaler

Having teased Inhaler at the tail end of 2012 I think I included it on last year’s lists, but along with Prelude, My Number and Milk & Black Spiders, Foals were easily the most consistent musicians in the last 12 months.

Soulful R&B jams with 4/4 beats, certainly a difficult recipe to get right, but the wonderfully named Chaz Bundik, AKA Toro Y Moi, absolutely aced it with the first few songs off his third album.

1. Boards of Canada – Reach for the Dead

After all the waiting and teasing, when this finally dropped it was all worth it. Properly epic, ethereal, spine-tingling stuff. I managed to download it in Hong Kong airport and pretty much had it on repeat all the way home, perfectly sound tracking the journey’s half-sleep zombie dreams.