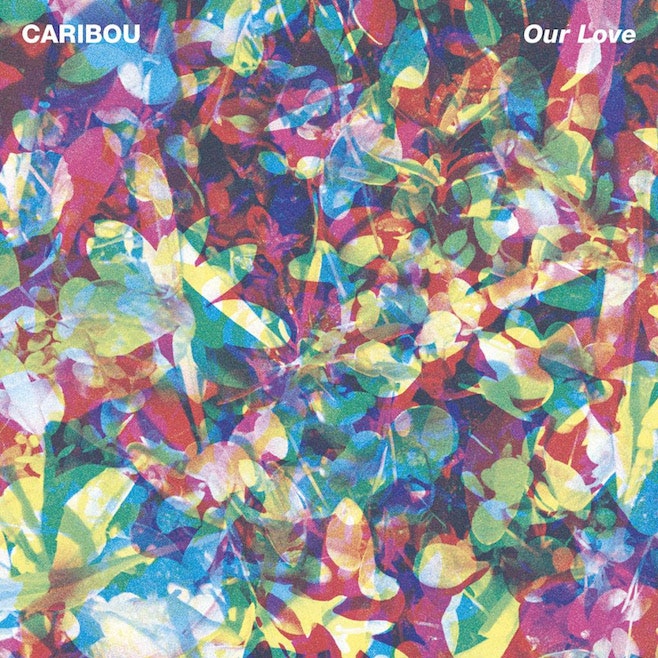 You’ve seen the rest, now read the best. My best. Of the last year’s albums.

Over 27 tracks and snippets, Kenny Dixon Jr weaves a sonic ode to Detroit, full of the Motown funk, J Dilla hip-hop, soul, jazz and R&B that made the city famous. He’s being doing this for the best part of 20 years and now has many young pretenders – see Seth Troxler for instance – but none can match Moody for authenticity and originality.

Much like the man at no.1, Chaz Bundick is someone who only dabbles in club music, which must make it all the more annoying for those that devote themselves, given how good his Les Sins side project is. In a similar vein to the likes of Caribou and Four Tet, this is house music on the fringes – off-kilter, cut-up and all the better for it.

I was aware of Steffi’s prowess behind the decks, but figured this would be another fairly disposable DJ LP. So with such low expectations I was genuinely blown away by the quality of this record, which while remaining true to the house and techno she’s known for, has enough light and shade to make the transition to listening far from the dancefloor.

The difficult second album is made all the more hurdle-some by winning a Mercury Prize and having your guitarist leave. However, ∆ appear to have surmounted these obstacles, turning in a very creditable return, maintaining and evolving their unique sound.

If I’m honest, I hadn’t consciously sought out much of the man’s music prior to following him around one evening for a feature in Mixmag. Turns out Michael Dodman isn’t just a nice bloke and a good DJ, but a very fine producer with a great debut album. An album was written last year, but apart from two tracks, it was sacked off and started again from scratch at the start of 2014. “I didn’t just make the ‘Huxley’ record people were expecting me to make, I tried to make it a bit more diverse, which I don’t know if people agree with, but in my head that’s the right thing to do, rather just trying to make more club records,” he told me.

A new Radiohead album is supposedly on its way next year, but thanks to Thom’s insatiable work ethic, we’ve at least got this interesting little album to tide us over until then. Released via BitTorrent and entirely electronic in its production, this was yet another left turn from the wonky-eyed wonder. Once again though, he’s created some of the most original and forward-thinking music of the year.

Not generally considered a hotbed of musical talent – give or take a few classical geniuses – Vienna is now back on the map thanks to Oliver Thomas Johnson. He’s previously worked with the Cinematic Orchestra, tinkled keys with Flying Lotus and played alongside the magnificently-named Austrian funk band Jacob’s Salty and Bamboozling Ladder, but this first album for Ninja Tunes looks to be where Dorian Concept will really make a name for himself.

John MacLean and Nancy Whang join forces again for more of that New York post-disco sound that has kept a roof above DFA Records for so long. Nothing earth-shatteringly different about this album compared to previous work, its more a case of polishing up a few favourite pieces from the collection.

Leaving aside their soundtrack work, this is the band’s eighth album, and arguably their best. It still has the mellow and the monumental in equal measure, but the addition of Barry Burns’ analogue synth is what makes tracks like Remurdered and Deesh really leap beyond what has gone before.

11 Leon Vynehall – Music For The Uninvited

Across 6 tracks spanning 36 minutes, Mr Vynehall has done more than most dance music producers manage in whole careers, let alone albums. Taking a holistic approach to house music, he’s deconstructed what’s great about the genre and taken it from the club to the couch. Something which many have attempted, but few have actually achieved.

I’ll refer to my previous review for this one: “I really enjoyed it, probably more so than some notable other recent dance music comebacks… it has a sort of incidental, timeless feel, in the sense that it doesn’t fit into any current genre trend.”

As I wrote in yesterday’s best tracks rundown, this guy deserves to be just as revered as someone like DJ Shadow. Blockhead’s work is very much in the mould of Entroducing-era Shadow, and while I respect Josh Davis’ attempts to diversify in recent years, he’d do well to stick with James Anthony Simon’s commitment to crate-digging/cut-and-pasting.

It’s been a good year for the British independent record labels (as you’ll see below), with Ninja Tune being no exception. They won a Mercury with Young Fathers, put out diverse work by the likes of Martyn, Mr Scruff, Run the Jewels and Machinedrum, but perhaps most impressive of all, resurrected the career of Kelis. Always a unique voice and maker of interesting pop music, the label enlisted TV on the Radio’s Dave Sitek to reinvigorate her sound for a whole new generation of listeners.

Andy Turner and Ed Handley have been making electronic music of the highest quality for the best part of 25 years, but without as much of the break-up/reform fanfare of fellow pioneers like Orbital or The Prodigy. Instead, they just plug away at producing sumptuous, synth heavy records like this, helping to maintain Warp’s reputation as a true national treasure.

Matt Cutler had already proved his worth as a producer with album’s like 2012’s Galaxy Garden, but was at risk of getting typecast as a rave revivalist. This record certainly still plunders the early 90s for inspiration, but widens the palette to take in things like Daisy Age hip hop (2 is 8), smoove R&B (Jaded) and embryonic UK garage (Begin to Begin).

I’m not sure what is responsible for this latest wave of psychedelic rock, but I’m content to sit back and enjoy it. The great thing about bands like Temples or Tame Impala is that while their influences are obvious, the songs seem to be a lot tighter and more technically proficient than their genuinely LSD-addled predecessors. There’s no meandering here, all but one of these catchy little numbers are under five minutes.

The mighty XL Recordings celebrated its 25th birthday this year and seemingly as a demonstration of their enduring capacity for spotting the next British big thing, put out one of the year’s finest debut albums. The hype around this London-based collective was thankfully completely justified, as their soulful downtempo funk dominated the airwaves this summer.

These guys just keep on getting better and better. Despite coming out in mid-November, this definitely deserves to be in the top three for the whole year, given the quality and quantity of the music on show. There aren’t many out there to rival TV’s ambition, and crucially, skill to match. It should be relatively easy to combine electronic and analogue elements, but few bands nail it so consistently and comprehensively as these chaps.

The big disco viking has been keeping sunny stereos shining with a steady stream of belters for some time now, so the anticipation around a debut album was understandably high. Thankfully Todd did not disappoint, bringing his mischievous sense of humour to both the title and contents. Of course there are a sprinkling of the hits you already know, but in-between are some of the most weird and wonderful slices of vintage synth funk you’ll hear this side of the 70s.

The Canadian polymath relocated to London a few years ago, and along with friend and collaborator Four Tet, has been on something of a journey of discovery, making a very public move from indie noodler to club music aficionado. His 2012 album as Daphni gave a good indication of just how deep down the dance music rabbit hole Dan Snaith had descended, but Our Love is his magnum opus, bringing together all the strands of what makes London club music great in 2014: off kilter R&B, retro rave, future funk, warm melodies and ice cold cool. Crucially the album does that most difficult of things, working well as a whole, while also having several cuts that sound great in isolation.

If you didn’t want to fork out for a CD, there were of course many mixes to stream or download online for free. My favourites included: Bonobo's Essential Mix; Jackmaster's Essential Mix; Optimo B2B with Harri & Domenic at the Subby; Damiano von Erkert's Boiler Room; an Aus special on BBC 6 Music; Solid Steel with Ame; George Fitzgerald's FACT mix; and Ryan Elliot's Panoramabar set.