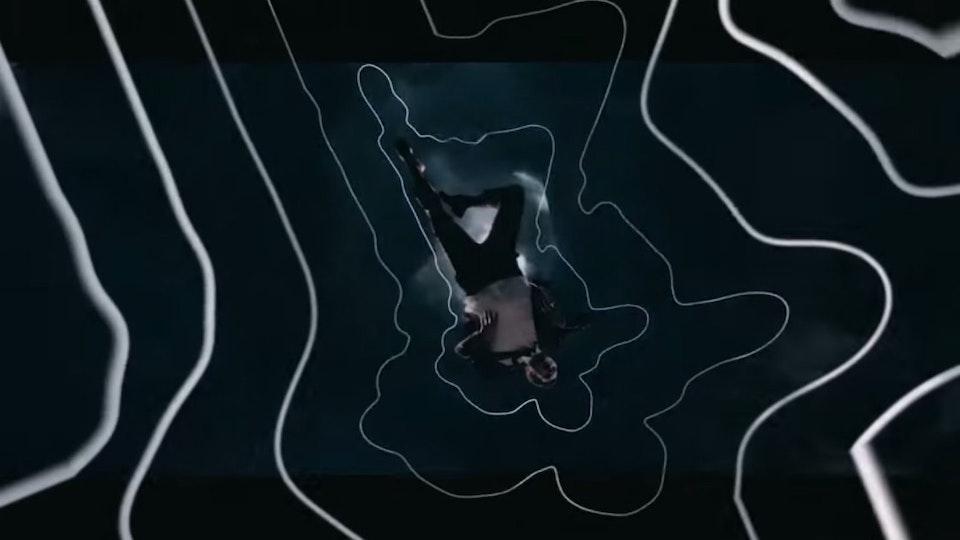 Here we go again. Another year, another list. I’m struggling to be original with these intros by this point, so how about we just get on with the music?

Apologies to anyone trying to view this on a mobile device and/or with a less than reliable connection – there’s 50 YouTube videos below – which is enough to crash most browsers.

Hopefully the tracks make it worth the hassle…

I wasn’t sure which Four Tet production to stick in the list – his ludicrous remix of Eric Prydz, one of the 20-minute tracks on his ‘Morning/Evening‘ record, or his two-step homage ‘Back2TheStart‘ – but in the end I’ll plump for this hypnotic number released under his Percussions moniker.

Commissioned by Wall of Sound, the Breakfast Of Champions project saw Yoda given a week to produce an album and live performance with a bunch of fledgling musicians. The results was understandably a bit rough around the edges. but this mish-mash of a track was bursting with good ideas.

A staple of Midland’s sets through the summer, he went on to sign it for the second release on his ReGraded label a month ago. Chopped up disco re-edit goodness for when the sun has got his hat on.

I don’t tend to stray too far into R&B, but if more of it sounded like this, I might do so more often. Sydney Bennett‘s sultry vocals sound so smooth over Kaytranada’s sparse production.

The combination of Jimmy Edgar and Machinedrum is pretty much guaranteed to produce bangers. So it was then, that ‘The Chants’ EP did indeed contain a couple of slick and futuristic R&B instrumentals.

Bar this track and 2014 favourite ‘Sleep Sound’, the debut Jamie XX album was a bit of a let down really. That Talabot remix is a cracker as well.

A lovely slice of proto-disco fun from the Numbers stable. Never have purple trousers been so cool.

While the new record plumbed new lows, there were a few glimmers of hope from my favourite dance duo. Between them, this album cut and big room Carl Craig remix just about saved the day.

This was the year the Belfast duo broker free of their blog house beginnings and became bona-fide DJ/producers on the circuit. The tracks that propelled them that way were a bit different from previous fare though, one all tense breakbeats, the other a Balearic piano classic.

His long-awaited debut album turned out to be a bit of a let down – at least when compared with the promise of previous EPs – but of the new stuff, this big old disco looper was the cream of the crop.

‘The Crystal Castle’ was far from a perfect album, but it did have a few moments worthy of the rundown. These couple of jungle-break heavy badboys are them.

Officially this one dropped in December 2014, but it took me well into this year to pick up on it via a mid-set Shazam somewhere-or-other. It stakes a place on the list a year later because it’s a hypnotically simple earworm of a track.

Despite losing frontman Tyondai Braxton, the trio carried on jamming this year, the result being more heavy drums and catchy distorted guitar riffs; who needs a singer anyway?

This young team just keep on producing the goods. Fresh from their Mercury Music Prize, the boys got to work on the follow-up album, which was full of energetic songs like this.

Ninja Tune’s new signing produced the goods with his debut album – a diverse mix of cosmic influences that never forgot about the fun and funk of the dancefloor – as demonstrated with this jackin’ little tune.

Much like that other band named after a mid-90s dance track, The Sunshine Underground, these chaps haven’t quite made it to the big time yet, but so long as they keep making interesting music like this, that’s fine by me.

This was the year I discovered the music of Ryan Lee West, via brilliant third album ‘Howl’ and the ‘Sonne’ EP that preceded it. These two were my personal highlights of both, each displaying his talent for manipulating machines to make beautiful noises.

These chaps don’t ever stray too far from that distinctive synth sound they’ve made their own, but seem to keep on coming up with sufficiently interesting variations on that theme.

One of the finest double A sides of the year, these two have the capacity to floor a dancefloor, but for very different reasons. One is a chopped up funk workout, while the other is an end-of-the-night meditation on the club drug of choice.

While the new album was a tad disappointing, Chazwick showed he still knows how to make catchy pop music with this soulful summer jam.

You could choose pretty much any track from this album, but the first and last were the one’s that stuck with me the longest. Nice bit of interpretive dance in the music video as well.

The residents of LA’s hippest neighbourhood get taken down by Josh Home’s wit and Jesse Hughes’ terrific guitar licks – here’s hoping ISIS won’t stop these guys from being brilliant.

Sounds like vintage Air, but this dreamy psychedelia is actually from a Chilean duo. Shout out to the ever-eclectic Justin Robertson for dropping the track into his Ransom Note mix a couple of months ago.

It wouldn’t be a top tracks countdown without at least one Terje remix. This is a big Norwegian cosmic jazz  workout: nine minutes of ebbs and flows, drums and strings, foot-tapping and hands-in-the-air.

Hard to pick a winner from this record – one of several this year where a band really doubled down on their love of dance music – but this funky nugget, where Nic Offer gets divas Yolanda Harris Dancy and Taletha Mano along for the ride, is probably the pick of the bunch.

As dropped by Andy Weatherall in his superb Resident Advisor podcast earlier this year, then rinsed by me for the rest of the summer whenever I needed to get pumped for a night out.

Another of those albums where I struggle to select just one favourite, but at a push I’d say this weird and wonderful cut really lodged itself in my head recently.

Nobody does pop music better than Ronson. His Uptown Special project saw him plundering the best bits of music history again, but when his imitations are this entertaining, you won’t see me complaining.

Brilliant to have them back and on such blistering form. The album is full of tracks like this, ably demonstrating what’s made them one of this country’s most-loved bands.

Officially this one came out at the end of last year, but I didn’t include it in my 2014 list and it turned out to be my favourite from his second album. Upbeat and soulful, this is how I prefer him.

Soundtracking the pivotal scene in the superb film Ex Machina, this electronic instrumental absolutely floored me first time round and still gives me the shivers every time I hear it.

A strong second album from the Djangos was capped by this happy little number, driven along by a catchy piano line, soaring saxophone and Vincent Neff’s fine falsetto.

I caught them supporting TV On The Radio in London earlier in the year, and while they’ve got a way to go before emulating the success of The XX – who they so clearly want to be – this is certainly a strong start.

Probably the highest complement I can pay this group and this track, is that they and it sound a lot like Bonobo at his best.

13. Kelpe – Doubles of Everything

A fairly peripheral producer on my radar, Kel McKeown really caught my attention with a fine fifth album; this being one of many great songs contained within.

While this year’s album wasn’t half as good as the last one, the title track was a beauty. Exactly the kind of song that lets them be such a great live band and Yannis such a good frontman.

The young deep house pretender meets the old cosmic disco don, with predictably brilliant results. I was dying to hear someone play this unfairly slept-on eight minute monster on a big outdoor rig.

Philadelphia’s finest combine for a head boppin’, horn tootin’, drum rollin’ joint that proved – if it was ever in doubt – that Ramble Jon Krohn is one of the finest hip hop producers out there.

My appreciation of Hot Chip has waned at roughly the same pace that my appreciation for Joe Goddard’s remix work has grown. This version beefs up the beats and gives the whole affair a delightfully dreamy disco daze.

As I’ve already mentioned, Kieran Hebden turned in a variety of superb studio work this year, but this reworking of a distinctly average pop song takes the biscuit; taking Lauren Mayberry’s strong vocal and stretching it out over nearly seven minutes of tenderly building melodies. It certainly enraptured the room when Damian Lazarus finished his set with it at ADE.

Probably the least cool rapper I’ve ever seen, but also one of the best. Andy C is a lanky white bloke and one third of the criminally under-appreciated Ugly Duckling. With that group stagnating somewhat, he stuck out a free EP this year, proving he’s still got that fun and funky, quick-spittin’ thing going on.

Either side of this EP is a winner for me – the chopped beats and wonky synths of Lumen or the solid 4/4 and warm pads of Paint By Numbers. Why it didn’t chart higher elsewhere is beyond me.

Just like the next one, this is all about the simplicity. A languid rhythm and a hypnotic hook is all Innervisions needed to guarantee another year near the top of everyone’s end of year charts.

Both these tracks are all about the art of subtly building a groove; something Mike Greene is proving himself to be an expert at. Deep house as it should be.

The most perfect pastiche of early 90s dance music I’ve heard – and there’s been a fair few knocking about over the last few years – this makes me want to be dancing shirtless in a field at 5am with the sun coming up.

It was amazing to be able to see Leftfield play live a few years back, but I was always worried that without Paul Daley, any new production work might struggle to maintain their legacy. Thankfully this first single from the album proved that the other half still has enough ammunition. A proper propulsive weapon of a track, which I would love to hear on a big system sometime soon.

This one still gives me the feelings in December, more than six months after I fell in love with it. From a foundation of that solid beat and melody it just builds and builds, Kevin Parker’s angelic vocal countering the silky synth work.

Around the two minute mark it slows somewhat, before the band unleashes another amazing hook. Where the radio edit ends, the real fun starts, as they fanny about with the effects button and insert some soaring strings, before returning to the original riff. If that wasn’t enough, six minutes in there’s one of the sleaziest distorted guitar lines I’ve ever heard.

Then Soulwax go and return to form with a chunky eight minute rework, which turns my favourite song of the summer into an autumnal dancefloor slayer.