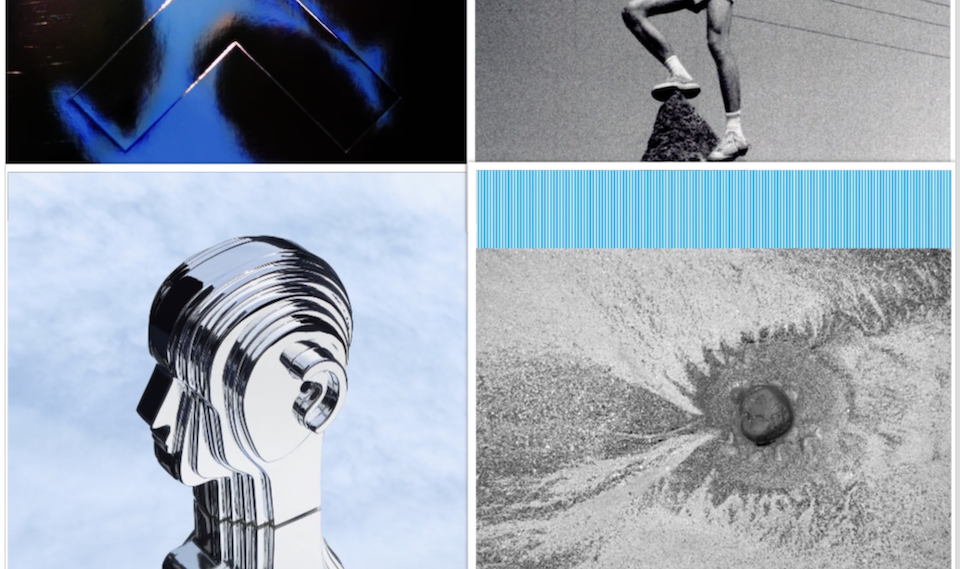 While not necessarily a vintage year, an autumn trawl through the musical detritus I accumulated during 2017 did reveal the last 12 months held more than enough to merit the customary Top 50 tracks and Top 20 albums.

If your - presumably mobile - device can handle that many videos loading at one time, then feel free to peruse my favorite singles, to wet your appetite for the long players tomorrow.

Plus, if you can manage to scroll all the way to the bottom, your prize is a Spotify playlist of all this good stuff and more.

Season's greetings one and all.

Without wanting to get bogged down in criticism of the current crop of chart-bothering groups and artists, I'd just like to say that I wish more pop music sounded like this.

Big Beck Hansen has become increasingly irrelevant as older artists inevitably do, but given his track record, I'm always willing to give his stuff a spin. The law of diminishing returns was certainly in effect with this year's album, but that's not to say there weren't a couple of creditable cuts to be had.

This record was, by most accounts I've seen, judged to be a bit of a shitter. The lead single got a fair amount of airtime though, probably because it sounds a bit like ABBA, and found itself an ear-wromy space in my head during the year.

I've made no secret on this blog that I'm a sucker for a breakbeat, so things like this are clearly right up my alley. The techno boy wonder has made a lot of stuff that's pretty far from said alley, so it was a pleasure to hear him throw so much of the fun stuff into this one.

46. Cut Copy - Standing in the Middle of the Field

The beauty of this list is that I can include really great singles off really average albums that are nowhere near making the cut for my other list. The usually brilliant Cut Copy dropped the ball a bit with their latest record, but this track shows they've still got it if they try.

James Murphy just couldn't resist getting the band back together, not that I'm complaining when the results are this compelling. Same same, but different.

Like many of the tracks this end of the list, I wasn't a great fan of the album, but this one convinced me they haven't lost their touch entirely.

Same deal here, Boo Boo wasn't one of Chaz Bundick's finest moments, but this is a slinky, sexy slice of Cali R&B.

This is just great pop music, and in my opinion, the best stuff she's ever done.

Arne Schaffhausen and Wayan Raabe have been consistently making dark, melodic house music of the highest quality for many years now, so it should come as no surprise that their latest album contained several certified belters.

Seems like I only ever see him eating or talking about food these days, but thankfully big old Bronsolino still has time to make some good music.

One of several big-hitter releases on Kompakt this year, Sasha jumped on the jungle break bandwagon with this Bicep-esque peak-time banger.

36. The Horrors - Something to Remember Me By / Press Enter to Exit

More soaring synth-pop from Faris and co. So glad they cheered up and started making proper music.

I've always been a sucker for piano house, so this year's glut of ivory bashing bangers was a boon. Gerd and Lauer's mix of Kiwi here just edges out the likes of Redlight's City Jams and The Basement Is Burning by Marquis Hawkes.

Another golden EP on Running Back from the young man who's fast becoming my perennial favourite house producer.

John Talabot and Axel Boman's combo project bore fruit this year - this being the pick of the album bunch.

Another producer always worth a listen, this double header was definitely a grower; as it's simplicity lost on me the first time round. There's a raw power to these two though - proper mid-set workouts the pair of them.

Not their best album by some stretch, but pretty pleasant nonetheless. This was the pleasant-est track on offer in my opinion.

When does a track become an album? This is nearly 20 minutes worth of trippy goodness from Sam Shepherd, but if he's not going to separate it out, then neither am I.

He's not the messiah, he's just a very talented rapper. Despite my aversion to the adulation around Kendrick, you can't fault songs as good as these.

My favourites weren't on the youtubes, so the title track will have to do, but suffice to say, this was a very well-rounded album from the London-based duo.

Classy house music from down under - big fan of this chap's work.

24. The Juan MacLean - The Brighter the Light

Dropped on the day before Christmas last year, I'm including these here, as by that point I'd already published the 2016 lists. More powerful production and woke lyrics from El-P and Killer Mike.

This year's 'if it ain't broke' award goes to Max, for ploughing the same warm bass and glitchy noises furrow + innovative music videos, but doing it so well that the formula still works a treat.

Heard the man himself spin this one in Dublin while over covering a club night for Mixmag and it's stuck in my head and playlists ever since.

This is one of those where online chatter got me to give the album a listen. This is the opening track from Deeper Understanding, the Philly band's fourth album. I love how it, and much of the rest of the record, is so unabashedly rose tinted. He sounds a lot like golden era Springsteen, while the rest of the band conjure up the warm 80s rock that made car journeys more enjoyable when I was little.

Every year he releases beguiling new music, every year I stick some of it on my lists; so it goes...

Hard to pick a favourite from such an interesting and intertwined record - but these three are good examples of why I kept on coming back to it.

A runner up in the 'if it ain't broke' stakes, this is everyone's second favourite Norwegian cosmic disco viking just doing what he does best.

Now at home on Ransom Note Records, Timmy Clerkin continues to release tracks begging to be rinsed at 4am in sweaty warehouses.

I didn't expect to hear Hall & Oates cropping up on this album, and that tune has been sampled to death, so credit to Jamie XX for making it sound so fresh and fun.

A couple of crackers from the prolific producer, Kantine a restrained mid-set scene-setter and Not Also You an absolute dancefloor destroyer.

Simon Green seems to be finally getting the kudos he's deserved for a long time, not that he's doing anything radically different. This is yet more beautiful, emotionally-charged downtempo dance music.

One wonders which Perth inspired him to create this bomb, as it sounds much more like Chicago or New York - chunky kick drums giving way to a looping four note disco sample, with keys and horns adding to the funk.

As the top YouTube comment rightly observes, Midland's Graded label just owned summer for the second year in a row, thanks to this sunshine-infused smash.

9. Thundercat - Bus in These Streets / Them Changes

Another one where it's hard to pick out individual tracks as the whole album works so well in a one-er.

Finally stepping out of the shadows of being a contributing artist to the likes of SBTRKT, Kanye and Solange, this album was rightly Mercury prize-winning. Turns out his idiosyncratic voice sounds even better when paired with his production talent (and that of skilled Scotsman Rodaidh McDonald).

Their debut album was a varied and variable attempt at encompassing their impressive musical tastes, but the by far the best of the bunch was this sparse breakbeat brooder which harks back to previous glories.

Finally ridding themselves of any last post-dubstep vestiges, this year's LP showed just how far Dominic and Kai have come, making music that sounds like no-one else.

5. The Black Madonna - He Is The Voice I Hear

She's a great DJ, a force for female good in the industry and has now revealed herself to be pretty decent at making music too. Here's hoping to album I hear is in the works proves to be just as gorgeous as this nostalgic disco masterpiece.

Yet another wee weegie smashing it. It would be nice to see someone from my home town represent quite so well, but you canny begrudge a production spree as good as the one Hector Barbour is currently on.

3. Soulwax - Missing Wires / Is It Always Binary / Do You Wanna Get Into Trouble?

This pair need some kind of beezer lifetime achievement award, given the sheer amount of big tunes they've created or remixed over the last couple of decades. This latest From Deewee album added at least another three to the as-yet-unrecognised pile.

Really hard to pick just one favourite from such a diverse and devastatingly good album, so I haven't. Please listen to at least these four exceptional pieces of work, if not the entire record.

In much the same way as his geeky mate above, there are just too many superb songs on this album to simply select one. The Brixton Academy postcode probably is my favourite, if only for how much I want to hear it spangled at an afterparty. All the more impressive, under his KH alias, Kieran Hebden also produced this funky little club tool.

For all of these and a few more besides, all organised for your listening pleasure, have a shot of this Spotify playlist. And as ever, please tell me about anything great I've missed this year.