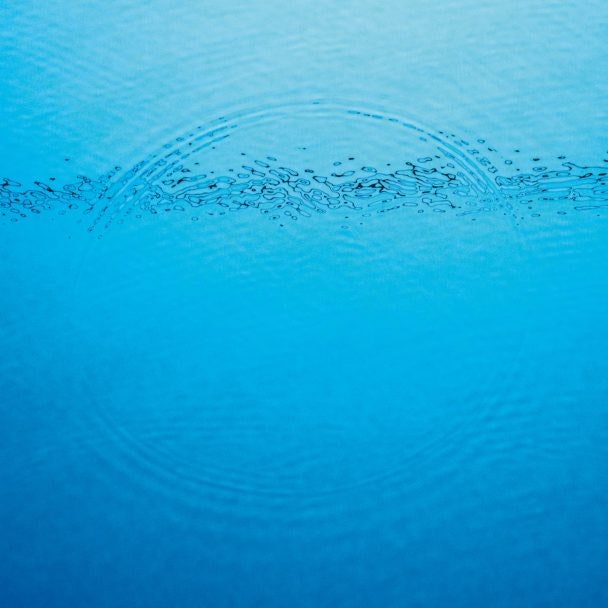 It's fair to say this has been a year to forget. But as is so often the case, the darkest of times have been lit up by the brightest of music.

Let's get straight into it shall we?

Here are my fifty favourite songs of 2020:

50. David August - Reminiscense of a Jewel

Basically a bit of breaksy progressive trance, but with August's veneer of respectability. One of the first things to make it onto my year's playlist.

A cracking track and accompanying album which got unfairly slept on due to the onset of pandemic.

Continuing the breakbeat theme so far, this is an absolute walloper from the Pearson Sound co-head.

An end of year list regular, I'll always have a listen to whatever Ramble-Jon's been producing. This is far from vintage, but more than funky enough to make the top fifty.

Another one that sounds like it's cut from that golden era of progressive house a couple of years either side of the millennium. Takes you on a journey maaan.

He always seems to bring his a-game when releasing on Permanent Vacation - this classy synth-laden night driver being no exception.

One of many fine cuts from her excellent DJ-Kicks mix this year - this one getting its own release on Whites earlier this month.

Before the Bicep boys put anything out this year, all we had was this beauty from their new labelmates.

Another one to file in the 'producer I like continues to make the music I like' pile.

Can't quite believe it's been over a decade since their last album. I was slightly apprehensive I'd have to add another band to the over the hill list, but while this isn't exactly reinventing the wheel, I really rather like it.

Wouldn't be a roundup without something from Lone - and this ravey remix stood out among his restrained rack of productions this year.

My favourite from the various reconstructions Premo put together and surprised us all with earlier in the year.

Woulda, shoulda, coulda been one of the club tracks of the year, but with no clubs open from March onwards, we'll have to play it loud at home and pretend.

37. The Avalanches - The Divine Chord / Born To Lose

Music Makes Me High was the album teaser that kept me happy most of the year, but once the album dropped in December these two shone brighter than the rest of the musical smorgasbord.

A fine song and a welcome return for the more consistent of my favourite Aussie indie/electronic bands - I'm looking at you Avalanches.

I used to love Nice and Smooth, so it was a pleasure to hear Greg Nice and his famous refrain reused for such a banger.

L-Vis 1990's new alias has been sticking out a succession of belters under his new alias - none better than this Roulé-esque vibe enhancer.

A really strong return from probably the best Scottish band of the last few years.

32. Overmono - Everything U Need

These couple of lads are on a roll, from last year's Le Tigre, to Joy Orbison collabs and Four Tet edits. The latest EP is all good, but this is my fave.

One of the finest live bands in Britain, but not always able to translate that onto a record; I'll always have an ear for them regardless. This remix of themselves is a beautifully looped and chopped slice of Ninja Tune goodness.

The ever weird and wonderful Daniel Lopatin has done it again. I'd really struggle to describe his oeuvre, let alone this song; so do yourself a favour and click play above - hear for yourself.

Border Community mates Luke Abbott and Nathan Fake both had records out in the second half of the year, but the former's was definitely my preference - this track should tell you all you need to know.

Like I've said several times before, if it ain't broke...

Hard to pick just one from their prolific output this year. One of few groups who probably benefitted from the 'rona, given the fact live performance would surely give away just who they are.

About as close as we're getting to new Boards of Canada music for another year...

Tom Jenkinson has been on a wayward streak for a while now, but this track and his latest LP were a reminder of just how crucial a part of the weird end of dance music he is.

Four glorious minutes of synth-heavy disco magic from one of the true pioneers of the genre.

I'm generally too impatient for ambient music, but I had this on in the background while doing some work and within a minute or so it had me completely enraptured. What a beautiful composition.

This one passed me by the first time - I think crappy laptop speakers are to blame. The next time I heard it was through a system that did it justice, with Voom proving properly onomatopoeic stuff and having me up on my feet and dancing round the living room like a tit.

One of several loopy chuggers from the duo's pumpin Mander House Vol.2 beat tape. Exemplary stuff from the Wolverhampton-based duo.

Tenet was a deeply silly, but utterly compelling film - just the kind of engaging escapism required earlier this year. Much of its power came from the necessarily intense soundtrack, with this particularly pulsating number sticking with me as long as the convoluted plot did.

One of this year's breakthrough artists with another cracker that should have got so many more people dancing together than it's been able to this year.

Proper earworm this one. That synth refrain throughout lodges itself deep, but there's more than enough going on elsewhere in the track to make coming back  a pleasure. Fine work from the oft-forgotten Ninja Tune stalwart.

I liked the latest album a lot more than its predecessor, and I think that was mainly down to moments of tenderness and melody like this. Sounding a bit like Boards of Canada is never a bad comparison, especially when we've never got any idea when we'll actually hear from them again.

We'll have to wait until the end of January for the next album, but this teaser should be able to tide over the next couple of months. It's not quite Glue, but it's not far off in terms of wistful, early 90s dance nostalgia.

Mercifully this one did get some club rotation during the first few months of the year, as it's a pretty straightforward 4/4 floor filler.

Maker of one of my tracks and albums of the year, this is another example of how good he is at the slow-burn, layered build up. When the pressure finally releases on the four-minute mark it's all the more impressive due to the earlier restraint.

I'll be honest, I don't know much about this bunch of boys from Toronto, but they have a habit of making songs I like - and that's all I really need to know. This is a prime piece of woozy, chubby, indie electronica.

In any other year this would have been the Ibiza anthem that propelled her to the top table, but instead it was the soundtrack to socially distanced outdoor gatherings during this very odd summer.

I'm aware Tiga harbours a love for Scotland, so I suppose this collaboration makes sense, but I wouldn't have necessarily put the two of them together. As the sassy little Canadian has shown with his chatty new podcast, he's mates with most in the industry, so I'm glad these two fine producers got together for this restrained but powerful track.

I have a passing interest in Frank Weidemann and Ry's side project, as previous works have been of a certain standard, so gave their latest effort a cursory listen. Boy am I glad I did, as this track had me absolutely mesmerised on first inspection - and every subsequent spin.

9. Horse Meat Disco - Love If You Need It

Hard to pick a favourite from the debut album by everyone's favourite disco queens, but this one's been stuck in my head for the last couple of months now.

Another pre-virus release whose unbridled optimism helped as a temporary salve to all the shit that has come since. It's no secret that Eris and Octo Octa regularly dabble in psychedelics - and I can think of few songs more upliftingly trip-enhancing than this.

'I can barely remember how it feels' goes the repeated refrain in this paean to the clubs and clubbers the Dewaele brother miss as much as me. This is as good as they've sounded in ages, and certainly better than the EMS Synthi 100 tribute record Soulwax stuck out in May.

I almost feel a bit guilty putting this so high, given it's such a blatant cash in on the ravey breakbeat sound that arguably reached saturation point sometime last year. But screw it, stick this on, close your eyes and imaging the unadulterated joy of being back on a dark sweaty dancefloor when something like this comes on

It wouldn't be an end of year list without a high-charting entry from Kieran. The formula is simple - chopped female vocals, a two-step beat and some subtle synths - but the result is so consistently brilliant.

Among the most prolific of the lockdown artists was Weegie-done-good HudMo.  Granted most of it was old hard drive dumps, but who's to argue when there were gems like this to be unearthed. This is genuinely one of his best bombastic bangers, up there with the likes of Thank You in the pantheon of his greatest hits.

During its deft dissection on the superb Song Exploder podcast we found out just how Kevin Parker put together this beauty - all by himself as usual. The man is a true polymath and this is one of his best yet - all crashing drums and soaring melodies.

So many gorgeous tracks to choose from on Caribou's latest album, but the one that has consistently been spun to cheer me up is the saccharine sweet Never Come Back. When the piano line comes in at 1.55 and the wee hi-hat follows five seconds later - bubblegum bliss.

All these and many more make up a frankly far too long playlist over on the streaming site we all hate to love.