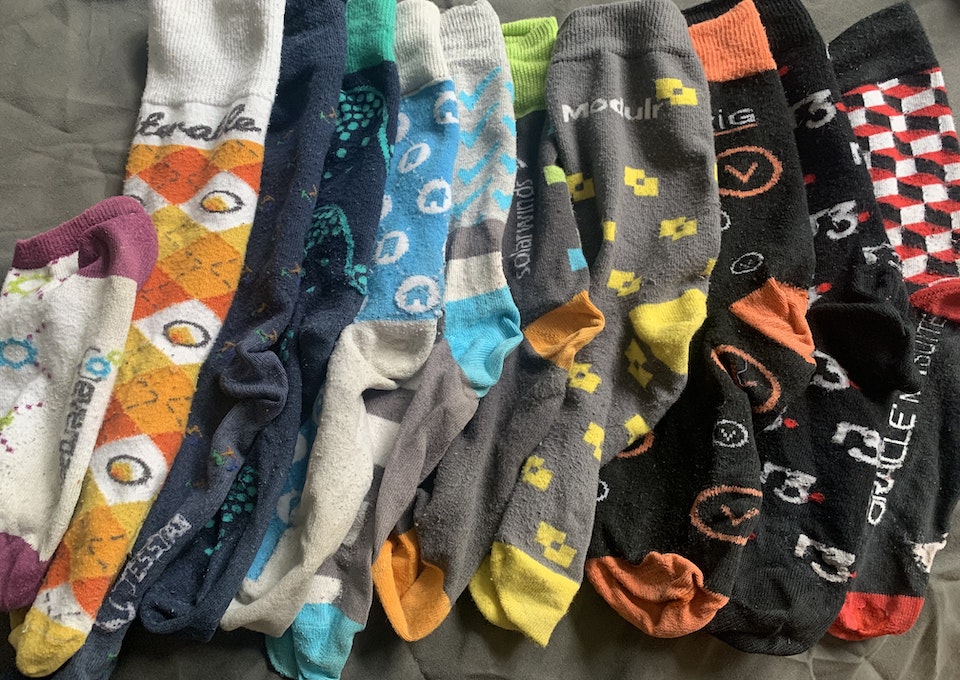 Goodbye tech and thanks for all the nonsense

My career hasn't been the one I dreamed of as an idealistic youth embarking on a journalism degree in 2003, but more than a decade covering various bits of finance has enabled me to live securely in and around London; so I can't really complain.

I've worked through some fairly interesting times in the industry - joining during the worst of the last global financial crash, covering pensions during some big policy changes and writing about the adviser market when they were all scrabbling around to prove their worth post-RDR.

But my most recent role, and one I'm just about to leave for a new business journalism calling - hence the article - has been the wildest ride in terms of #content. For the last couple of years I've been writing and editing about all things technology, which means that my email is open to a far wider array of potential nonsense.

In the world of traditional finance - investments, pensions, lending and insurance - most of the press releases are pretty dry, although the amount of money still sloshing around did make for some decent freebies and junkets.

By contrast, the wide world of tech is a whole new ball game of bollocks. I'm proud of maintaining inbox zero on a daily basis, so since I started getting emails that made me smile, I filed them away in a folder with the vague thought that I might share them.

Well this is that time, so what follows is a broadly-categorised list of the sillier things people have sent me during my time as a tech journo.

Blockchain and cryptocurrency have been ever-present in by spam folder, as any number of chancers try to cash in on the highs and ride out the lows of this consistently misunderstood and much-hyped area of tech. The amount of gimmicky applications of the distributed ledger and unwitting celebrity coin sponsorships has never really let up - so here are the best/worst.

Important use of a potentially revolutionary system.

Another important use of time and money - shame the aliens didn't come and save us from Brexit.

Charity 'stunt'. Also, the likes of CoinBurp really are the tip of the iceberg in terms of silly names in FinTech. I could make an entire other list of these, but I think this business adopted my favourite incongruous word combo:

While we're on this topic, I should say that there do seem to be less people in tech with notably daft names - compared to the peaches I collected while covering pensions and investments - although this poor PR has to get a mention:

Media teams, press officers and public relations people are sometimes seen as the enemy of crusading journalists - getting in the way of illuminating interviews, denying access to corporate secrets and calling to inform you of the pointless statement they're about to send. With my best crusading years probably behind me, I've realised much of that animosity is misplaced and I'm quite happy to have relevant press releases make up most of my morning's news writing. The key word there is relevant. What follows are some examples of where the carefully calibrated targeting breaks down...

Appreciate the invite, but...

Ah, the before times, when companies were willing to fly you to Barcelona for the day to look at a new toothbrush.

So many vaping invites. Honestly, like you would not believe.

Some truly seminal works were offered up for review too.

The more you know.

The more you know; part two. And obviously, you'll want to see the infographic some poor designer had to waste a day on:

I did ask whether the company were willing to send me a free hot tub. Disappointingly, despite such an impressive revenue rise, they were not forthcoming.

How does this turbo-cretin seems to keep on convincing people he's some kind of tech genius?

Good to know Bear has his digital strategy sorted.

Sex sells. And while it's largely irrelevant to what I write about, that doesn't stop me getting titillating messages every now and again.


Look at those trophies. Just look at them.

There's a lot to unpick in that opening sentence.

Kudos on really sexing up the headline of an otherwise dull story.

So many questions - and apparently, so many answers.

And while we're on sex, I couldn't resist including the trolls who caught me at it:

Apparently I'm not just perverted, I've also been outed as a massive nonce...

Yay, free stickers for the car I don't own.

Along with the threats, there were also some very tempting offers of goods and services.


Got to love a good pandemic grift.

And to think, they were just a few weeks too late for inclusion in our ironing board cover special feature.

Never worked out who Sebastian was, but his friendship really meant a lot.

If only more unsolicited emails could be as straightforward and succinct as Bob's.

I thought I'd managed to finish my financial adviser beat, but no, someone thought it was a good idea to take moody black and white photographs of these over-paid, egotistical, gammon-y, middle aged, middle Englanders. Case in point: the man we actually banned from any coverage when I was at FTAdviser, due to the sheer volume of his self-promotional pish - the one, the only, Martin Bamford:

Just a few more screenshots and then I'm done. Promise.

I'm really not sure what they expected me to write off the back of these releases?


Everyone enjoys an awkwardly-posed photoshoot.

Had to be Florida didn't it?

Some minion has spent a whole afternoon working this stuff out, all for a grand total of no journalists to write it up.

And I leave you with yet another nugget of useless information. They say that journalists know a little bit about a lot of things. This is fucking why.