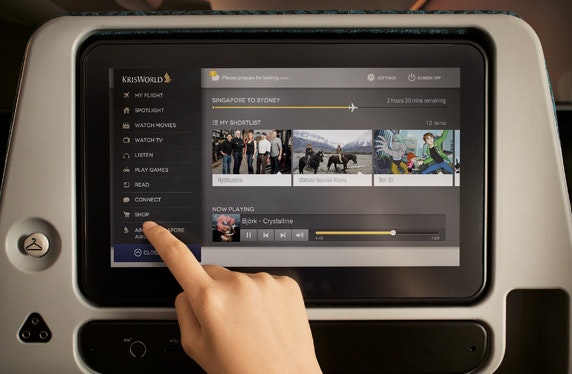 Back in Blighty after a 24-hour flight from Australia, I’m using this blog as a distraction to keep me awake until tonight in an attempt to counter jet-lag before going back to work tomorrow. That amount of time squeezed into a metal tube hurtling through multiple time zones at 36,000 feet – even if it’s a double-decker A-380 staffed with the finest flight attendants in the world – can get quite arduous; so thank technology for the wonders of today’s in flight entertainment systems.

I must have watched more than 40 hours of TV and film going there and back, but there was still a multitude of entertainment on Singapore Airlines’ in-flight database I missed out on. Of the things I did watch, here’s a few mini-reviews for your perusal:

Super 8 – This is exactly the kind of film I designate as a plane movie, one that looks like it has some merit, but has received mixed reviews and never convinced me to part with my money. Turns out it’s actually pretty good though. Yes it’s an overt homage to Spielberg’s 80s greats, but when the opposing summer blockbuster fare consists of Transformers 2 and Pirates of the Caribbean 4, then give me lovingly made nostalgia every time. A good old coming of age, kids against adults, saving the misunderstood alien tale, it does everything it should in a very polished and satisfying way.

Source Code – Now this one I did want to see in the cinema, but for one reason or another didn’t get round to. I’m not the greatest fan of Jake Gyllenhaal, nor did the trailer really make it look like anything more than a flashy Under Seige remake, but several positive reviews compared it to one of my favourite films of last year; Inception. While the comparison isn’t entirely accurate, they are both action thrillers that require and reward bit of brain engagement from the audience and share a scientifically baffling bit of plot-driving technology. Again, the fun is trying to keep up whilst watching and not to try and over think the mechanics of things afterwards.

Bridesmaids – Definitely a plane movie, but nonetheless on I’m glad I did get the chance to see, rather than just dismissing as I have done most lacklustre Judd Apatow efforts and imitators. This film is rightly Apatow’s biggest grossing film to date though, driven by a brilliant breakthrough performance by the charming Kristen Wiig. The characters are likeable and aside from a few overblown ‘gross-out’ moments, the writing and acting make for a genuinely funny film.

Submarine – As comedies go, this really couldn’t be any more polarised from Bridesmaids, although that’s not to say it’s a bad film. While the IT Crowd’s Chris O’Dowd stars in the former, the latter is the directorial debut of co-star Richard Ayoade. Where Bridesmaids is a big, brash American mainstream comedy, Submarine is a subtle, slightly odd British indie drama, but while it’s not laugh a minute stuff, it is a beguiling little film that is again propelled by an excellent central performance; this time from the young Craig Roberts as the teenage protagonist Oliver Tate.

The Tree of Life – I have a love/hate relationship with Terence Malick, there’s so much to admire in his cinematography and unique approach to film-making, but at the same time there’s a great deal that irritates me in his meandering storytelling and over-bearing symbolism. So it was with some trepidation that I clicked play on his latest opus, not least because the scale of his fifth film seemed destined to be lost on the tiny seat-back screen.

But to be honest, I’m glad I didn’t shell out to see it on the big screen, because while he should be applauded for attempting to commit the meaning of life to film, and his inimitable style lends a certain mesmerising grace to proceedings, the project ends up capitalising on all his worst directorial traits. There is a great deal of beauty within the film, both in the natural subjects he loves to shoot and when capturing the emotions of the key characters, but these glorious moments are lost amongst a seemingly unending slog through raising a family in 50s suburban America, solar stock footage and incongruous dinosaurs, Sean Penn wandering around a skyscraper, and those maddeningly vague whispering voice overs.

Surely someone can do a better spoof than this, his work seems so ripe for satire.

Game of Thrones – I took the opportunity to see what all the hype was about and caught the first three episodes of HBO’s latest epic drama series. There are obvious parallels with Lord of the Rings – it’s an adaptation from a book, its set in a fantasy world of warring tribes, it’s got Sean Bean being a gruff, northern warrior – and as with all fantasy settings it took me a while to really take seriously. But once you get past the silly accents, made-up mythologies and gratuitous sex/violence, it becomes clear why the show has garnered so much praise. As with recent big-budget U.S. dramas, the characters are well-developed and the plot expansive, and much like the stateside version of The Killing, after a few episodes I’m now suitably intrigued to keep watching.

The Lightbulb Conspiracy – And finally, an interesting Norwegian documentary all about planned obsolescence. I remember learning about it in craft and design at school, but for those of you not in the know, it basically means the practice of designing products to have a certain lifespan in order to facilitate the need for consumers to buy new versions and thusly keeping the capitalist growth model of continuous consumption going. The programme demonstrates various products that can and have ben engineered to last indefinitely, whilst pointing out their pitfalls for the companies that manufacture them It then asks whether the model is sustainable, especially with increasingly finite resources and he wheels seemingly falling off the growth model of economics, but crucially stops a little short of giving valid alternatives to the existing imperfect system.