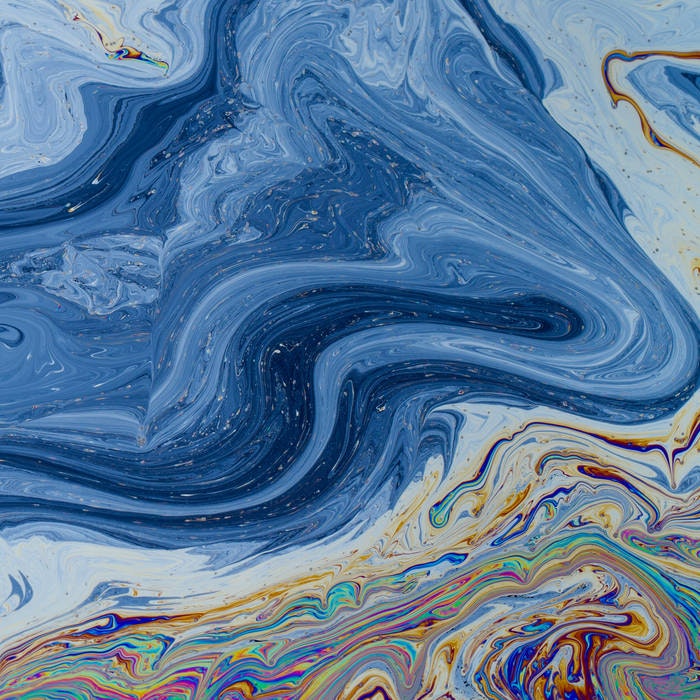 Another bumper haul of great songs from a year where music increasingly felt like a necessary escape from the hell-scape of wider reality.

Given we've got 50 tracks to get through I'll dispense with the pleasantries and just hand out a few highly commendeds' to those that didn't make the cut: Andy Weatherall's Hooky rework of the Twilight Sad's 'Videograms'; the dream team remix collab that is Scuba and Skream's version of 'Do Not Freak' by Locked Groove; the welcome return of Danny Brown on fine form with 'Dirty Laundry'; from the excellent EP of the same name, Lusine's delectably delicate 'Retrace'; yet more quality on Permanent Vacation, this time in the form of New Jackson's 'Romancecar'; sexy R&B goodness from Anderson .Paak on 'King James'; Space Dimension Controller's latest cosmic voyage 'Beyond Pulso-IV'; De La over Shadow beats on the aptly-named 'Rocket Fuel'; Frank Wiedemann and Roman Flugel's Transmoderna take 'Tears on the Dancefloor'; two of my favourite female DJs Steffi and Virginia on 'Help Me Understand'; fifteen minutes of lost tape loveliness on Royksopp's 'Shores of Easy'; the brutality of that drop halfway through 'Nought to Gain' by Throwing Snow; slo-mo house at '1am' with Tiger & Woods; and Old Town Road, obvs.

There was a bunch of weird and wonderful wee songs on the new record, but this one wormed its way deepest into my subconscious.

49. Jas Shaw - Lecturing Birds On How To Fly

One of many deserving tracks taken from the diverse and delightful Exquisite Cops series this year.

Soaring synths and overblown breakdowns are what I needed this year. This record had both in spades.

I love it when Fat Freddy's mess about with the synthesisers.

Yet more hazy, sleazy, Studio 54 vibes from Todd and Baron.

Bit of an underwhelming album, but this song stayed in my head most of the year.

When it hits... just a primetime disco banger from this exceptionally talented young man.

Peg's path to world domination continues apace with another contender for the summer's biggest poolside smash.

Flew under the radar this one - proving Will's not just an A&R man, but the AUS boss knows how to put together a tune too.

Sadly he appears to have fallen foul of second album syndrome - it was always going to be tough to follow a first that good - but this little bridge in-between was perfectly pleasurable.

A proper earworm, this track was everywhere during 2019. Fair play to Felix, he's overcome a daft lo-fi house name, bagged a Ninja Tune deal and is making really good music.

If he releases something, chances are it will make into my end of year lists, such is Seth Haley's remarkable quality control and my penchant for analogue synth noodling.

This very simple edit of Bermudian funk track 'Sizzlin Hot' by Paradise is nonetheless devestatingly effective at getting people moving.

Piano Power kind of says it all really - yet another track activating the part of my brain that is wired to want rave-y riffs and Amen breaks.

A gloriously sun-drenched rework of the Aussie electro-pop band.

33. Brame and Hamo - Pressure/Dial Up

A superb EP from the Berlin-based Sligo natives - Dial Up showing off some funky breakbeats, while Pressure evokes my favourite club night at The Arches.

One of the less weird, more poppy tracks off Flamagra, I guess this just proves I can't get enough of Little Dragon's dulcet tones.

A strong contender for the year's biggest beach house anthem, I can only assume this one was igniting outdoor dancefloors from Miami to Mallorca this summer.

Warm, gentle synth stroking from the man that has made this sound his stock in trade.

I wasn't blown away by the latest album, but this propulsive electro cut stuck out as a clear favourite.

More of the same from Dan and Pat, but nonetheless enjoyable bluesy, scuzzy American rock music for dive bars and interstate roadtrips. If it ain't broke...

Soaring vocals, sexy synth stabs and a big piano line - this is Hot Chip at their best - and the highlight of an otherwise forgettable album. Great video too.

Another slightly underwhelming record from Chadwick, but it did contain this cheery little number; so I won't hold it against him.

A nice surprise from Gold Panda under a new guise, bashing out an album full of sample-heavy odes to golden era hip hop and classic house.

Ironically enough, patience is the one thing I'm running thin on while waiting for the new record - if this is any indication of what's on it though, it will have been worth the wait.

A sterling rerub of some saucy source material - Teddy's a true legend in the game - this is big, happy house music for diverse dancefloors.

Big Phil Lauer makes yet another list - and why not? Here he's pushing my spangly Italo disco buttons with gay abandon.

20. Blockhead - Tinder In The Time Of Cholera

Its been a busy year for Blockhead, releasing several solid albums, and making one favourite track hard to pin down. This one's both great to listen to and has a title that gives you some insight into his fine sense of humour.

Pumpin techno with a resurgent piano line running through it - what's not to like? Please don't ever stop Laurent.

Lovely to have Dan Snaith back making stuff as Caribou, not that I had any issues with the superlative Daphni output; but these two are delish.

Everyone's favourite hairy polymath is at it again, making organic funk all by himself, ploughing his own wonky wee furrow for Warp.

What a nice surprise to have a new/old Gang Starr album to listen to in 2019. So many quality cuts to choose from, but hearing Guru and Jeru going back to back, even posthumously, was a really treat.

Simple, yet effective, Jose's soothing voice complements the keys and electronics perfectly to create something I kept on coming back to.

The opening track of their new album under the Subjective collaboration is just gorgeous - gradually layering elements then stripping them back - and that saxophone riff; my heart melts.

Simon Green's carved himself out a niche making sort of slow-mo house chuggers; all chunky drums and ethnic vibes. This one, shaved off his Fabric mix, is a perfect demonstration of just why brand Bonobo is so big right now.

I still love breakbeat; unashamedly so. This track has many elements that had they been egged on a little bit more, it would dive headfirst into cheese, but as it stands, I love the end-of-the-night bliss of this ensemble.

A surprisingly acerbic bit of peak time techno from the man who's more recently been associated with subtler cuts that fit in earlier sets. Would love to hear this on a big system.

A scrappy, snappy, summertime song that - much like so much of this man's output - put a smile on my face and spring in my step.

This has been darting into my mind ever since the Spring - yet another slice of pop perfection from Ronson - the pick of his new album of 'sad bangers'.

8. Chemical Brothers - Got To Keep On

I've stopped hoping for Tom and Ed to rekindle their nineties heyday, but this latest album saw them get as close as they've been in the best part of a decade. Tough to pick just one, but this track was ubiquitous during 2019.

Talking of work, Beck's had a busy year, sticking out an interesting new album, while also teaming up with some US rock band to create the catchiest bit of pop music I've heard in along time.

Yet another classic from Kieran, leading me to suspect that he swapped his soul for a laptop full of gorgeous melodies a few years back.

This is raw power, rave music stripped back to its pure elements, abrasive and  able to devastate a dancefloor - something for once I can actually attest to myself, having seen it played to full effect at Kelburn this year.

When will this man's hot streak end? Hopefully not anytime soon, as this is yet another dark, atmospheric, brooding beast of a tune.

The droning refrain, warm synth washes and skittering breakbeats all drift in and out on this stunning nine-minute epic.

A wonderfully wonky little piece of music that's kept on creeping back into my head over the course of the year.

All these and many more are arranged into a playlist here, if you're so inclined.